Top 16 (2009)
Sakura Kinomoto is the main protagonist and title character of Clamp's manga series Cardcaptor Sakura and its sequel Cardcaptor Sakura: Clear Card, and its anime adaptations by the studio Madhouse.

Since winning the very first saimoe tournament in 2002, the Cardcaptor's presence went on a hibernation until Clear Card's anime aired in 2018. The sequel series put her back on the radar once again, and the resulting resurgence in popularity among older fans due to nostalgia enabled Sakura to win her second major title after 16 years: Bilibili Moe 2018, slaying multiple Fate girls in the process.

Today, the Cardcaptor holds a moderate presence in ISML, and is little-known in the contests of r/anime. 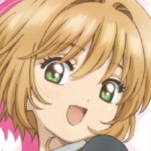 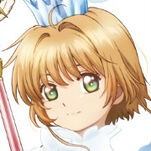 BMoe 2018 portrait (Cropped)
Add a photo to this gallery

2011 Divine Circlet
Add a photo to this gallery

(round of 16) seriously man why the need to create a poster on EVERY victory?

SCREW THE FATE SERIES, THIS CHAMPIONSHIP IS MINE
Add a photo to this gallery

Retrieved from "https://saimoe.fandom.com/wiki/Sakura_Kinomoto?oldid=23479"
Community content is available under CC-BY-SA unless otherwise noted.