Rem is one of the greatest waifus of all time. In just under 3 years, she became the first girl to win ALL THREE of the major saimoe tournaments dubbed the "Modern Triple Crown": Bilibili Moe in 2016, Best Girl Contest in 2018, and International Saimoe League's 2018 edition  She is currently the only girl ever to have achieved this feat.

Rem's presence is felt by anime fans worldwide, and will likely to continue doing so in the next couple of years. Besides winning the Triple Crown, she has amassed all sorts of other saimoe tournament wins mostly from Tieba and Facebook, enough to rival Mikoto Misaka's all time record.

Rem's fans share a heated rivalry against fans of Emilia, Re:Zero's main heroine. The rivalry mostly stems from that event in a particular epiosde of Season 1, eliciting many strong reactions and spawning various memes from it. Despite the supposedly intense rivalry being exhibited, they only had just one significant match against each other: a knockout match in Bilibili Moe (which Rem won, settling the score for the Chinese audiences as who's the better Re:Zero girl).

If Mikoto is to saimoe tournaments is what Garry Kasparov is to chess, then Rem is  Magnus Carlsen.

BMoe 2016 portrait
Add a photo to this gallery 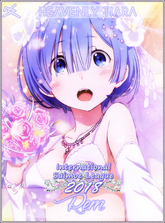 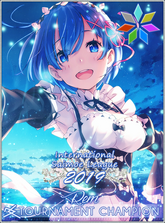 2019 Tournament of Champions
Add a photo to this gallery 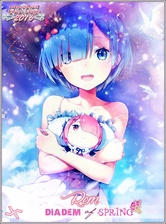 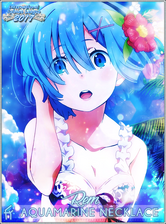 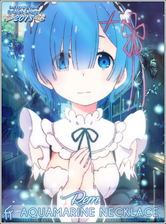 2018 Aquamarine
Add a photo to this gallery

Qualifying Round Victory - Rem advances to the round of 72

REM WINS THE SUBARU-BOWL IN A KNOCKOUT MATCH !!!! THIS RIVALRY IS DONE. REM > EMILIA CONFIRMED FOR THE CHINESE.

I HAVE BESTED MY MOST BITTER RIVAL AND DEFEATED TWO OF DAL'S STRONGEST FIGHTERS. SEE? MY WIN IS MOST DEFINITELY DESRVED. SUCK IT UP, EMILIA FANS. THIS CHAMPIONSHIP IS MINE AND MINE ALONE.
Add a photo to this gallery

Retrieved from "https://saimoe.fandom.com/wiki/Rem?oldid=21459"
Community content is available under CC-BY-SA unless otherwise noted.