"Rascal Does Not Dream of Bunny Girl Senpai"

Mai's widespread general appeal makes her one of the most popular waifus of her generation, often performing well in online anime character popularity contests because of dedicated support from her fans. In the Fall 2018 season, she achieved victory in both seasonal contests in ISML and r/anime, and winning the "Best Girl of the Year" award in the latter contest. After that, Mai made waves in her first eligible appearances for both contests, securing third place in the 2019 and 2020 editions of ISML, and reaching the final in Best Girl 7.

The bunny girl is notable for being the most successful contestant in AnimeBracket with four different wins; besides winning the 2018 seasonals and yearly award, Mai has also won r/anime's 24-Hour Best Girl Contest (a 1-million subscriber celebration event) and more recently, the sixth Best Couples/Ships contest together with her love interest Sakuta.

Mai is a famous actress and a third-year student studying at Minegahara High School. She is socially isolated from other students because of her work in the showbiz industry. Mai suffers from Adolescence Syndrome, a disorder that affects teenagers having psychosocial problems, with symptoms manifesting in multiple varieties. In Sakurajima's case, her primary symptom is her invisibility to other people, with the implication that she's slowly being essentially erased from existence.

One day, while wearing a Playboy Bunny suit inside a library, she meets the protagonist Sakuta Azusagawa, a second-year student and another victim of the syndrome.

More information can be found in the Bunny Girl Senpai Fandom wiki page. Beware of spoilers.

Hitagi Senjougahara --- in terms of appearance, role in the story, and interactions with the main male character. This aspect might be a part of why she is a strong competitor in online popularity contests.

Alright, you heard how some users claim that Bunny Girl Senpai is labeled "Discount Monogatari"? Well here are the reasons why they are similar:

How about we take it a step further and name some of the Aobuta arcs, Monogatari style?

The Bunny Girl was the breakout star of the year 2018, winning the Fall seasonal contest of both ISML and r/anime. In addition to that, she easily claimed the Best Girl of the Year title in r/anime, but only finished as a runner-up in the ISML counterpart due to suffering a heavy loss against Violet Evergarden in the seasonal championship final.

Mai's winning streak in r/anime continued by winning all matches in the 1 million subscriber event: the 24 Hour Best Girl Contest in 2019, defeating the likes of Ryuuko, Megumin, Rem and Kaguya along the way. The streak would be snapped in next year's April Fools contest however, as the r/anime users get tired of her winning every single game.

Her status as a breakout powerhouse proved itself in the 2019 ISML Main Tournament, where she won all regular season matches and secured her first necklace that year, but she only got a second seed due to Yukino Yukinoshita having a higher cumulative vote percentage despite a loss in her record. In the playoffs, Mai cruised through the final four, where Violet once again denied her another chance for a championship, this time in a rematch where she narrowly lost by 168 votes. She then proceeded to defeat Mashiro Shiina in the consolation match, finishing her first major contest in third place.

Outside the Two Majors[]

The eponymous Bunny Girl Senpai shares a rivalry against Kaguya Shinomiya, the titular character of manga series Kaguya-sama, due to several factors. Both are female leads of two massively popular romance shows, and their anime adaptations aired just one season apart (Fall 2018 for BGS, and Winter 2019 for Kaguya). Both girls have also won their respective seasonals, and they immediately became labeled as favorites to win a major "saimoe" contest.  The rivalry also extends to their couples as well, because the two main pairings (Miyuki x Kaguya and Sakuta x Mai)  are considered one of the best and most popular ships in the anime community.

The two girls have met each other in the final matches of several r/anime brackets. Mai claimed first blood in the 2019 24-Hour Best Girl, and a year later, the Aobuta couple won against the Kaguya main pair in the sixth shipping tourney. However, their most significant meeting happened in the title match of Best Girl 7, which ended with the first-seeded Shinomiya claiming victory against Sakurajima by almost 3,000 votes.

The rivalry continues on in ISML with Kaguya currently having the upper hand against Mai, after the vice-president defeated the bunny girl in the 2020 regular season. 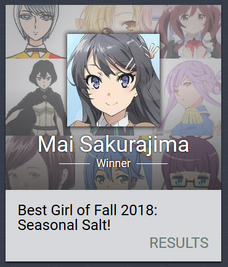 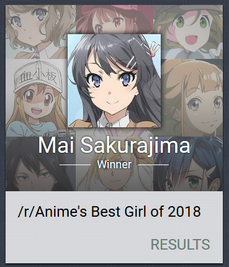 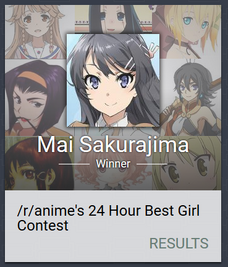 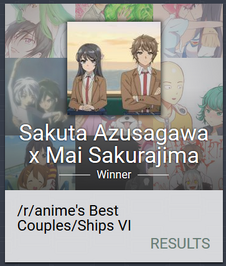 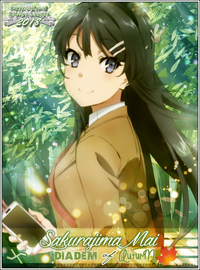 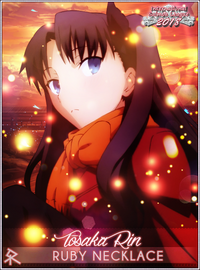