Houtarou Oreki (1st title)
ISML 2020 was the 13th edition of the International Saimoe League contest. The competition began in July 1st 2020, and ended in the midnight of Chinese New Year, February 12th 2021, in Beijing time.

The staff yet again made significant changes to this year's Main Tournament, bringing the number of participants up to 120, down from last year's 72.  The preliminary period was re-implemented, with a completely different format compared to its last usage in 2015. The regular season also changed as well -- it's now split into three group stages, with the latter two each lasting for three periods and consisting of 15 matches.

Jewelry exhibitions return since their last awarding in 2014. These awards were given to males for the first time. The jewelries format was changed into instant-runoff voting, similar to necklaces and pendants. Likewise, the accessory names were also changed; a single type is now awarded for each gender: bracelets for females, and rings for males.

ISML 2011 winner Mikoto Misaka, the returning female champion, immediately became one of the tournament favorites thanks to her active fanbase and Railgun T's broadcast during the contest. Proving her claim as ISML's "Greatest of All Time", Mikoto lost only two regular season matches and reached the grand final of the playoffs, but she ultimately lost the Tiara to Oregairu's Yukino Yukinoshita.

In the male division, Kaguya-sama lead male Miyuki Shirogane won this year's Scepter after defeating two-time finalist Sakuta Azusagawa in the title match. Shirogane dominated throughout all stages of the tournament, having secured first place in nominations and seedings, and leading the male division in wins, voting numbers, and percentages. He also finished the tournament undefeated and untied, making him the third male champion to complete a perfect season, and becoming the first-ever debutant to achieve such a feat (regardless of sex).

Lelouch vi Britannia, the first returning male champion, made his regular season debut this year. He was eliminated in the second wildcard round.

Details of each stage's format will be shown in their respective sections.

Male Division
For male characters, appearances from male exhibition tournaments (2011-2014) will be counted for continuity purposes.

RD - This year will be their Regular season debut (first appearance).
OLD (Old Debutant) - Character's anime series is at least two years old at the time of their qualification. This means that the character has had chances to get past ISML nominations, but failed.
[Note 1] Although Waver Velvet originally appeared in Fate/Zero, he recieved many nominations largely because of his eponymous role in the 2019 anime Lord El-Melloi Case Files, an anime which also had that year's Summer seasonal winner.
[Note 2] Enkidu (Fate/Grand Order) is genderless, but is entered under the male division because the mythological figure it is based on is male. In the Aquamarine period, their ISML name was changed following complaints from a Tieba thread. More details can be found here. Since this wiki does not outright reveal spoilers, it will use the name "Enkidu" instead (quotes included).
[Note 3] ISML name: Senku Ishigami (family name included).
[Note 4] A three-way tie happened between Sasuke Uchiha, Inosuke Hashibira, and Dio Brando for the last 2 direct qualification spots for the regular season. Since Sasuke has won an ISML match and the other two don't, the last spot was resolved using the recent anime release rule: Inosuke (Demon Slayer) 2019, Dio (JJBA Part 3) 2015.
[Note 5] ISML name: Satoshi (original Japanese name; named after Pokemon creator Satoshi Tajiri.)

[Note] The Preliminary Round 2 voting was restarted for another day after the ISML staff mistakenly involved Inosuke Hashibira instead of Dio Brando in the first match. Inosuke had already qualified for the regular season in a tiebreaker rule against Dio, due to having a more recent anime release (2019 > 2015).

This section will only display the results of each group stage. To view the group draw, group details, and all of the regular season matches, see the results page.

In the regular season, contestants are split into several groups, playing a single round-robin tournament. Every period lasts 5 matches, with the exception of Aquamarine, which lasts 8 matchdays (but a contestant still plays 5 matches in that period).

Aquamarine period. 96 players are split into 16 groups of 6.

Topaz, Amethyst, and Sapphire. 64 players are split into 4 groups of 16. 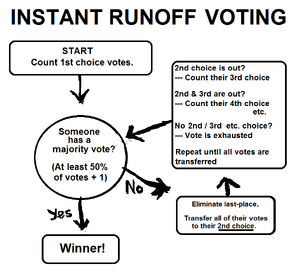