ISML 2017 was the 10th edition of the International Saimoe League contest. This tournament marked the return of ISML 2008 champion Fate Testarossa's eligibility into the Main Tournament.

It was the first edition where previous year's necklace and pendant winners that didn't win Tiara / Scepter were granted automatic qualification into the main tournament, bringing the total number of direct invites to 20  (14 female, 6 male). In addition to that, the necklace and pendant rounds from this year onwards will be decided through Instant-Runoff Voting (IRV). The wildcard rounds were also introduced in this edition, giving next-worst contestants another chance at survival.

Megumi Katou controversially won the Tiara against Main Tournament debutant Emilia because a group of Chinese conspirators admitted to having rigged the match using voting bots in Megumi's favor.[1] In the male division, the release of the Assassination Classroom spin-off series Koro-sensei Quest gave the eponymous teacher all he needs to win the year's Scepter against Hachiman Hikigaya, who was making his second appearance in the final.

To view nominations by anime, see the results page.

In the ISML website, characters with the same number of nominations are displayed in "ISML Alphabetical Order". However, this order is inconsistent, so this wiki will alphabetically order them by family names instead. (ISML 2017 archive link.)

Female
Since this year had very few votes, this wiki will not include contestants below the tiebreaker threshold.

Male
For male characters, appearances from male exhibition tournaments (2011-2014) will be counted for continuity purposes.

RD - This year will be their Regular season debut (first appearance).
OLD (Old Debutant) - Character's anime series is at least two years old at the time of their qualification. This means that the character has had chances to get past ISML nominations, but failed.
[Note 1] Akko (LWA) qualifies over Alisha Diphda (Tales) because she didn't play in an ISML match yet (failed to qualify in the 2016 seasonals).
[Note 2] Saiki K. is considered "old" because of an ONA (Web animation) adaptation that was released in August 4, 2013, three years before the TV series was aired.

To view all of the regular season matches and all group results in every period, see ISML 2017/Regular Season. 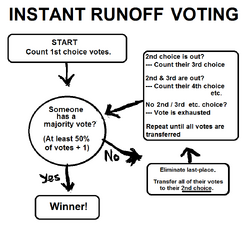 No Ruby Wildcards: Bottom 2 teams of each group are eliminated.

No Diamond Wildcard:  The final group stage meant that only the top 4 finishers of each group advanced to the playoffs, and the rest are eliminated. For this reason, this wiki will display the results of the Diamond group stage.

Top 4 finishers from each group are seeded using the Cumulative Vote Percentage (CVP) earned during the course of the entire regular season.