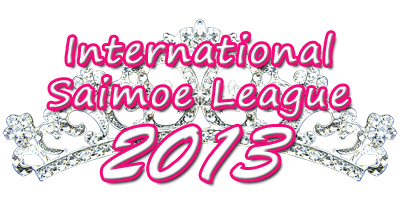 On the Nova side, there are many new faces this year. One of the strongest faction in Preliminary, Sword Art Online  ,found themselves unable to keep up with their excellent Preliminary Result, while the two Haganai girls are going well with their recent boost from the second season. Two unexpect upset among the Tier 1 happened in Round 7 was Shiina Mashiro > Takanashi Rikka and Hasegawa Kobato > Yuuki Asuna . Rikka was the winner of the Diadem of Autumn last year after crashing Mashiro at the final round, Asuna was the winner of the Diadem of Summer last year and also the winner was the match of diadem winners. The result put her as the strongest new blood from last year, while Kobato was placed 14th in the Final League. In the end, Hasegawa Kobato was placed 1st with the highest SDO in Nova.

On the Stella side, unlike last year, where she was faced with low SDO disadvantage, the former Aquamarine Necklace Winner Tachibana Kanade found herself holding the historical high SDO of 103.046, which was more than enough to combine with her strength. Despite the problem of split voting in the Hanazawa faction and many people wanted a new winner for Aquamarine Necklace. The severe disadvantage of low SDO in other contestants and K-ON! and Railgun faction out of running plus Kanade's own overwelming strength, lead the match into an completely onsided one, granting Tenshi the first necklace of the year again with no surprise and Kanade officially become the first repeat winner of Aquamarine Necklace.

Despite her heavy deplete in strength after the end of Shakugan no Shana final season, Shana is refused to give up her dream of obtaining all 7 colours of necklace. But with one lose in the first round, she barely just got into the Necklace Round as a wildcard. After Tenshi's success in repeat necklace winning, her Hanazawa sister Gokou Ruri is also eager to do so. Clearing her path towards the Necklace Round with no problem, Ruri also obtained the highest SDO on the way. With Oreimo on air making Ruri stronger and stronger as each match went by, the black cat successfully obtain the necklace with an onesided match just like what happened in Aquamarine, making 2013 the first year with 2 repeat necklace winners.

As Amethyst passed by, the Regular Season is reaching towards its midway.

The Novas has becoming more and more unstable with many upsets and characters rising and falling in strength of big gaps, leading a high inflation of SDO towards lowest ranking Tier 1 character Asuna. Facing her daughter, the Nova wildcard, Yui, from the same series in the last round. she successfully secured her 7 wins and a spot towards Ruby Necklace Match. The former Summer Diadem winner, Takanashi Rikka, recovered from her bitter defeat in Aquamarine, took down Kuroyukihime in Round 7, leaving Shiina Mashiro the only loseless character left on stage as Ruby Period close in.

Meanwhile over in the Stella side, with the airing of Railgun, Mikoto has picked up her former strength, defeating Aisaka Taiga. But her luck is out on this period with weak matchups leading to low SDO. The unexpected inter-series upset of Akiyama Mio over her Kouhai Nakano Azusa, plus the strong match up allow her to gain the highest SDO from the Stella side.

However, K-ON! has had their time and their strength is falling. With two Hanazawa characters already out with their respective necklaces, and Taiga and Mikoto suffering from low SDO. Yuuki Asuna managed to be the first Nova to obtain a necklace this year despite the overwelming performance from Mikoto.

With the necklace win from Yuuki Asuna in the last period, the Nova are getting ready to challenge the Stella again. Mashiro, now the only loseless character in Nova, successfully secured her title by defeating Kuroyukihime in the last round. The unstable strengths of Nova characters continued with many unexpected upsets between two characters with big ranking gaps.

Two undefeated character, Tachibana Kanade and Gokou Ruri, remained undefeated through Emerald. This period has proved the first time ever Shana, the representative of Kugi and Tsundere in ISML, lost in a inter-seiyuu match to her Kugi sister Aisaka Taiga. Mikoto, despite growing stronger from the airing of Railgun anime, is having trouble with her opponents performing badly, leading to a low SDO. The second powerhouse from OreImo, Aragaki Ayase , has proved herself to be the first Tier 7 character to enter a necklace round.

Despite the even bigger Vote Difference, Mikoto was unable to upset Rikka's high SDO, with a difference of 1.38 in necklace socre, Takanashi Rikka followed Asuna's step and took away another necklace for Nova.

The Round 1 of this period has proved itself to be the most intense round of the year in Regular Season, with the amount of votes almost doubled from the usual 7000-8000 voters. It is the first time ever, the undefeated Tenshi, Tachibana Kanade, lost a match in her Regular Season journey, leaving her Hanazawa sister Gokou Ruri to be the last loseless character standing in Stella. The upset of Izumi Konata over Holo also marked the first time in the history of ISML that the last finisher in Regular Season is not winless. Then finally, the time has came for the Nova 1st Shiina Mashiro to shine. With the highest SDO ever in this year, Mashiro managed to win the Necklace Round without much trouble.

Update: This section will change format into the method that easiest to read on mobile phones. Thanks 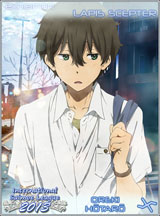 Retrieved from "https://saimoe.fandom.com/wiki/ISML_2013?oldid=20254"
Community content is available under CC-BY-SA unless otherwise noted.