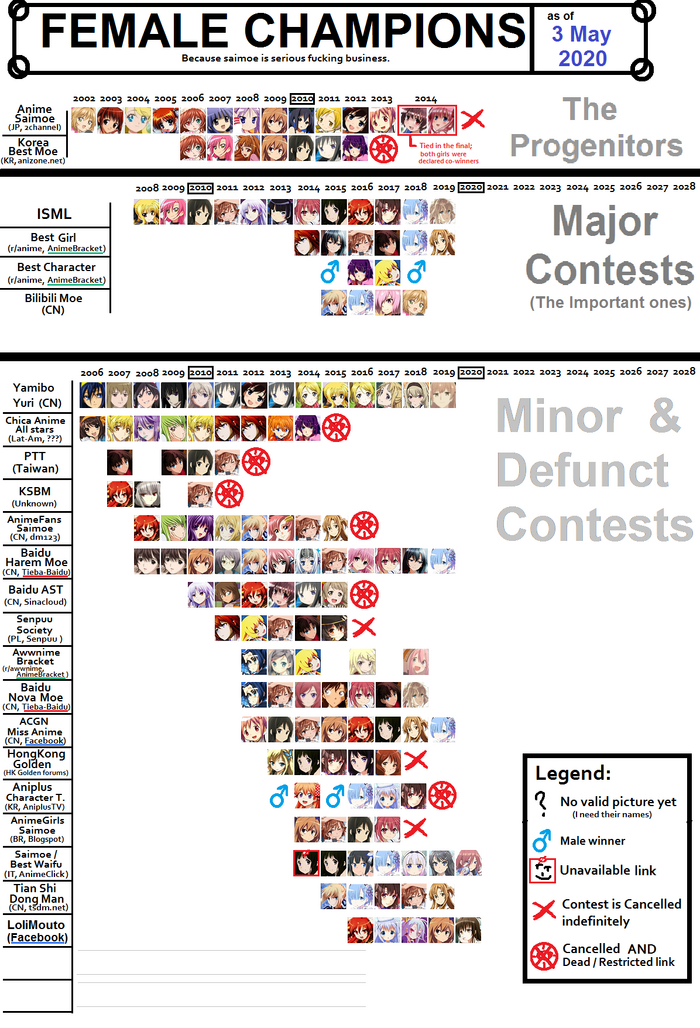 This is a list of female anime characters who has won at least one recurring online popualrity contest.